Approximately one year ago Neptune Township football stand-out Braeden Bradforth died suddenly after his first day of football practice at Garden City Community College in Kansas. The coroner’s report confirmed that his cause of death was exertional heat stroke. Fatal exertional heat stroke is 100% preventable.

To date, Braeden’s family has been stonewalled by college officials, who have failed to answer some of the most basic questions surrounding Braeden’s death.

Since that tragic day, the Law Office of Jill Elaine Greene LLC and Joanne Atkins-Ingram, mother to Braeden, have worked together to uncover information regarding the events leading up to Braeden’s death and to promote awareness, the goal being preventing the fate of Joanne’s beloved son from ever happening to another student athlete. In that sense, Joanne is so much more than a volunteer for the Law Office of Jill Elaine Greene, but the Ambassador, Founder and President of an active grassroots movement seeking justice for Braeden and other vulnerable young athletes.

A lifelong resident of Monmouth County, Joanne graduated from Asbury Park High School, where she was co-captain of her cheerleading squad. She devoted her life to public service, only recently retiring from her position with the State of New Jersey, where she advocated for at risk youth and families within our juvenile and foster systems. Now her passion and devotion is focused on changing athletic systems in order to protect the rights of student athletes throughout the nation.

Joanne Atkins-Ingram and the Law Office of Jill Elaine Greene’s tireless efforts have rallied the community into seeking action, enlisting the attention and support of local politicians, such as Senator Vin Gopal and Congressman Chris Smith, both of whom are working to have bills passed protecting the rights of student athletes. For now, Joanne remains steadfast and determined in her fight for justice and her son. As a mother and conduit for change, she guards both roles fiercely to her heart. Her commitment to her cause is both admirable and unwavering. Joanne can be found volunteering at the Law Offices of Jill Elaine Greene, official headquarters for #Justice4Braeden, where she welcomes the opportunity to spread her message of justice for Braeden.
#Justice4Braeden 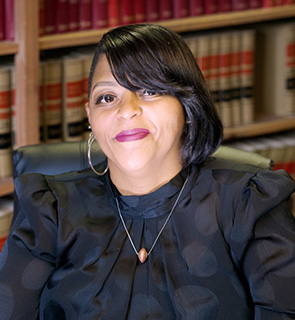